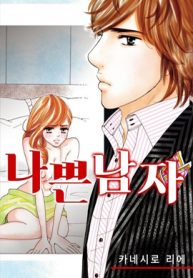 Safety first, a really bad guy appeared in front of her who couldn’t have a dangerous relationship that falls too deep! Katase Kana, a career woman with a good job, a solid boyfriend, and a human network. It was Tsubasa Asai, a man who was honest with his desires, that caught her gaze, who thinks that stability is the best. He was such a man that he was afraid that he would disappear into a place where he could not reach even though he was in love hotly, but… . I can’t stand my desire to love at this moment!