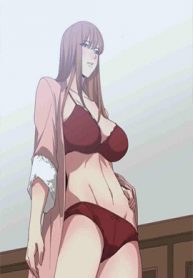 Eunjung, the hostess of the grand mansion, and her only daughter,Soojin. As a curse of the curse, “Every woman in the house loses her life by a yokai when they get married,” Eunjeong wants to make a doll that looks exactly like Sujin, who is just 20 years old. The man who made Sujins dolls according to that order isHyunho, a boy who was raised as a servant and doll company. After the day the doll of the unrequited lady Sujin was completed, strange things surrounding the doll began to happen around Hyunho…!