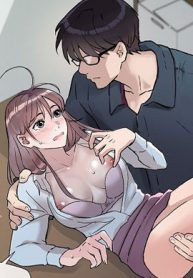 “Let’s have a relationship with me.” Song Dabi hates Han Jeong-heon, a researcher at the same company. It’s not only because he has a zero-flexibility personality that bumps into people every now and then, but he also has a bad relationship with the worst blind date in college. However, while on a business trip together, Jungheon finds out the dildo that came with the luggage. Jeongheon places a condition on Davi who asks him to do something that has never happened and will grant him anything he wants. Asking them to rehearse on four dates in a month! …But what’s with all these guys?! A bizarre romance that tames opposite tastes to my own taste!